Note: This article can be seen as the continuation of a previous article of mine entitled Please guys, pay attention to detail!. In this article I explained why details matter and how graphic resources must be created meticulously as they reflect your product in the outside world. Once again I used the same Google product, the Galaxy Nexus, because I’m quite familiar to it - in other words this is the device I have in my pocket. As a consequence, I’d like to start with the exact same disclaimer: this article is not specifically targeted to Google nor the Galaxy Nexus. It obviously has to be read in a more global manner. I’m sure a booster shot won’t hurt anybody!

Let’s start this article with a quote I love from John Wooden, a former basketball player and coach. Reading the following lines, you will easily notice this quote perfectly fits this article’s subject:

It's the little details that are vital.
Little things make big things happen.

Last week, I spent three amazing days at the Moscone Center in San Francisco, CA for the Google IO. Let’s be honest, this conference is clearly one of the best I have participated in so far. I saw insanely great sessions about various subjects and met very interesting people from Google or other well-known international companies. This year, Google IO focused on mobile and especially Android. As a result, keynotes and sessions was using a lot of images from mobile devices. Unfortunately, as a perfectionist, I was pretty disappointed about some of the graphics. Indeed, a lot of them were untidy, non professional, draft-looking, etc. The worst examples of this happened during the Google+ keynote. It featured some screenshots in which the screen glare was only visible on the device and not on the screenshot itself. I also saw an iPhone in which the screenshot of the application had been applied directly on top of the launcher app. This resulted in a translucent status bar with the background of the launcher which is obviously impossible in real life.

I recently decided to visit the new Nexus website and discovered some similar issues that could have been easily solved. Here are some of them: 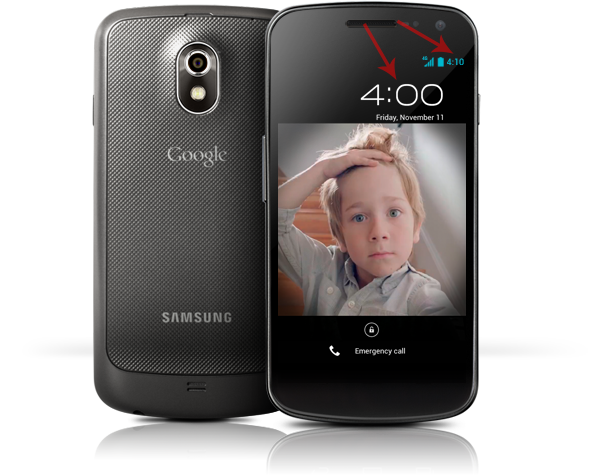 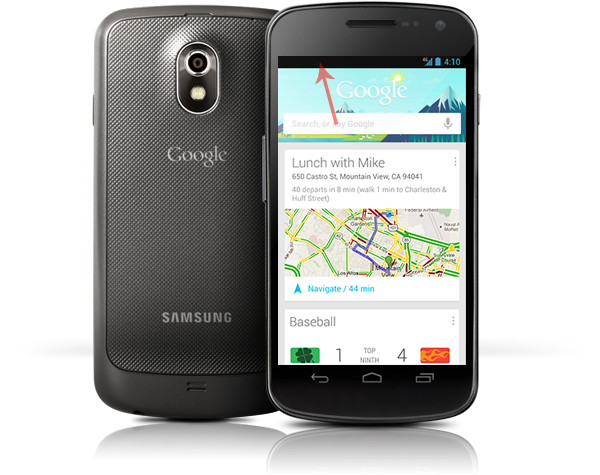 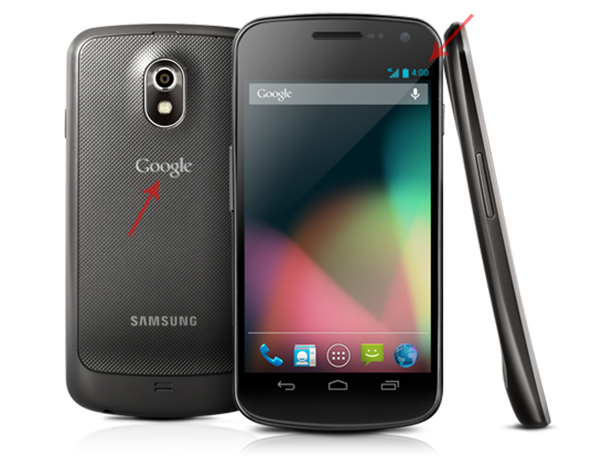 Lots of people think of me as a mobile developer but I am also a huge fan of pixel perfect graphics and applications. As a result I spend at least 15% of my time working on software like Photoshop or Illustrator. I am strongly convinced being a developer doesn’t mean you can’t like great things. As a developer you are not supposed to do your designer’s work but should be multi-skilled enough to handle situations where some design tasks are required. For example, it may be quite handy sometimes to know how to create resources to create a Button or style the background of your ActionBar.

Taking care of the resources you make public is extremely important as it reflects you and your product. When managing a product you always have to have a fine-grained control over the information you release. Screenshots are particularly important as they can carry tons of information. As a developer, you can think of releasing graphic resources as releasing a new API: everything that has been made public is visible and usable by everybody. You will have no opportunity to change it in the future without breaking what has been built on top. Moreover, using inappropriate graphic resources may completely make your product presentation pointless. One of the best recent example I have in mind is the announcement of the existence of the Higgs boson. The CERN team decided to use the Comic Sans MS font on web-from-the-90s-looking slides (cf The Verge). From my point of view, the poor quality of the presentation (obviously I am not talking about the content of the presentation itself) totally ruined the actual revelation of the announcement. People almost talked more about how crappy the slides were instead of the amazing announcement of the Higgs boson existence: 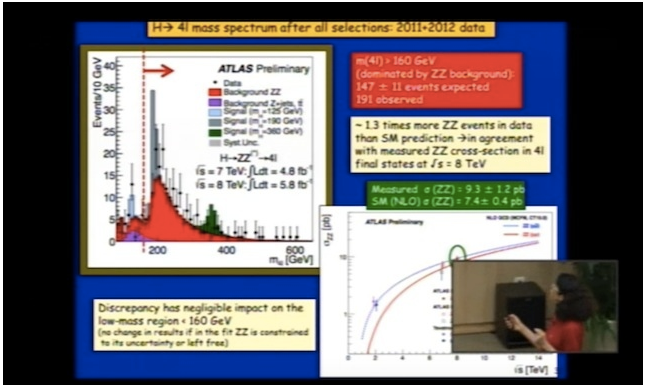 Here is some advice I gathered to create professional-looking graphic assets:

That’s a lot of rules, isn’t it? Fortunately, some tools and resources do exist to help you. Roman Nurik’s Android device frame generator lets you easily create device-framed screenshots with a simple drag and drop gesture. Roman’s generator is awesome. However, the simplicity of this tool makes it also less powerful than Photoshop. Personally I don’t use the Android device frame generator for various reasons: drop shadow too strong - especially on white background, missing device reflection, un-optimized exported PNG, no status bar standardization, etc.

Below are the PSDs I made and use for my own screenshots. These files have been created in Photoshop CS6 but should work properly with all recent versions of CS. Also note the following resources are licensed under the CC BY 3.0:

The PSDs above are very simple to use and will help you to generate graphic resources in a few steps:

I know Photoshop may be quite difficult to apprehend so I made a small demonstration video in which the few steps are explained in details.

Carefully spreading your work on the Internet is extremely important. It shows how great your product is and the amount of attention you gave while designing it. The more care you give to the screenshots, the more you’ll say to your audience you brought care to your application, its features, its design, etc. I’m not a marketing guy but I can say that consumers are very impacted by the way things are presented. Be consistent, look carefully at the details, control what you are spreading in the outside world.